The Economic Impact of Baseball in a Down Economy

The St. Louis Business Journal just released an article that estimated the economic impact of the 2009 Cardinal’s season at $290 million dollars.  This was estimated by St. Louis Regional Chamber and Growth Association, where it was projected that there would be 3 million fans attending this baseball season.  Of course, it doesn’t hurt that the All-Star Game is in St. Louis this year either.  In addition to the All-Star Game, the Cardinals will be serving cheaper food and souvenirs.

This year, Major League Baseball is also launching a cable channel, called the MLB channel. According to MarketWatch, the channel will be free and provide “a highlight show of eight hours a night, as well as supply classic games and in-depth analysis.”

And who could forget about the two new stadiums populating New York’s skyline.  In the new Yankee Stadium, they\’ve brought back manually-operated scoreboards (something I personally miss in Bush Stadium). In a NYT article, they say “All in all, the new Yankee Stadium may be an austere, even intimidating place, but there’s nothing tacky about it. It’s straightforward, paint-by-numbers architecture.”

The same article says of Citi Field, “The casual mood (of Citi Field) is reinforced by a number of spaces that have little to do with watching a baseball game: an auditorium, a Wiffle ball field — even an event room for weddings or parties.” 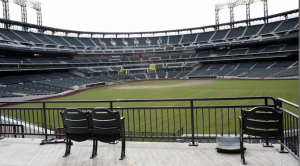 So, how much money does this all add up too?  I don’t know, but I’d like too.